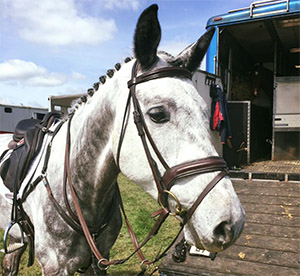 Gio had two of the youngsters running in BE100 sections. Swirly Temptress did the best dressage, with a 24.5 and was clear inside the time across country. Despite a rail down she finished 3rd in her section on her first ever BE run. Dukes Sunny Boy, meanwhile, jumped a double clear, finishing on his dressage score for 9th place.

Kathryn also had two rides. Castello 236’s debut affiliated outing was in the BE90Open. He performed a good dressage, had one pole and added 0.8 of a cross country time penalty to his score for a 9th rosette. Brookpark Momentum was also clear across country, but with two down finished out of the ribbons on his first run with Kathryn.