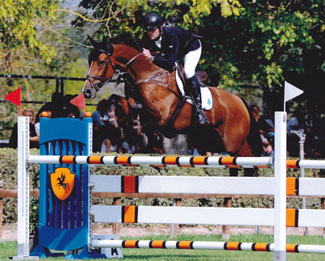 Opli is brother to Armada and Nero. He represented Italy at the 2015 European Championships and was 1st reserve for the Rio 2016 Olympic Games. He also helped Giovanni complete his first Badminton Horse Trials in 2016.

After a successful 2016 season, the decision was taken to retire him and he is now enjoying a quieter pace of life.